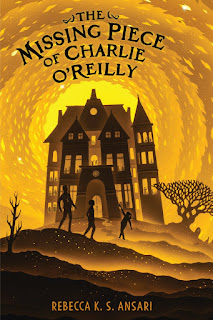 Welcome to the latest stop on the blog tour for
The Missing Piece of Charlie O'Reilly!


ABOUT THE BOOK
(from publisher)

Charlie O’Reilly is an only child. Which is why it makes everyone uncomfortable when he talks about his brother.

Liam. His eight-year-old kid brother, who, up until a year ago, slept in the bunk above Charlie, took pride in being as annoying as possible, and was the only person who could make Charlie laugh until it hurt.

Then came the morning when the bunk, and Liam, disappeared forever. No one even remembers him—not Charlie’s mother, who has been lost in her own troubles; and not Charlie’s father, who is gone frequently on business trips. The only person who believes Charlie is his best friend, Ana—even if she has no memory of Liam, she is as determined as Charlie is to figure out what happened to him.

The search seems hopeless—until Charlie receives a mysterious note, written in Liam’s handwriting. The note leads Charlie and Ana to make some profound discoveries about a magic they didn’t know existed, and they soon realize that if they’re going to save Liam, they may need to risk being forgotten themselves, forever.


I know so many people have started out their review of this book by pointing to the opening - but I'm going to jump on that as well. I mean - the first page of a story is SO IMPORTANT. It sets the tone. It dumps us into the world the author has created. It hooks a reader. Ansari does all of that from the very first page.

After reading just one page ... 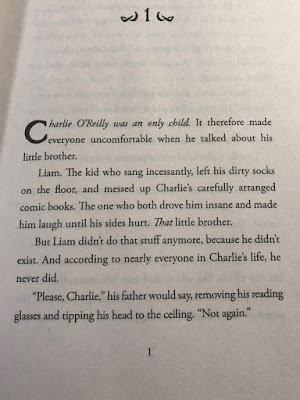 -- We know
There is a weirdly mysterious event in Charlie's life.
Charlie's relationship with his little brother sounds like one almost any sibling could recognize.
Charlie is organized, stubborn, and sure of what he knows to be true.

-- We wonder
If Liam really exists. Did Charlie make him up, or is everyone else missing this piece?

I loved how the story explored themes of guilt, regret, trust, and forgiveness in both children and adults. I loved the friendship between the main character and his best friend Ana. I love how she supports him even though she also doesn't remember his brother Liam.

My one caution to adults is to make sure students also have other stories or information that talk about depression. Charlie's mother's depression in this story feels very real in many ways, but the resolution (without giving too much away) is often not how things end for those with depression. It works for this story, absolutely, but I'd want to make sure kids understand that depression in the real world has many causes and many long paths to recovery or remission.

The story itself is filled with places I stopped and wondered about what, exactly, was happening. As little tidbits become clearer, it was fun to think back on the clues Ansari left for us along the way. I love stories like that. Stories where I can also help students really dig back to see the kind of craft authors use to set us up for a surprise that also "clicks" as it happens.

Overall, The Missing Piece of Charlie O'Reilly is a book I can't wait to get into my classroom. It's filled with mystery, suspense, creepy vibes, and friendship. I look forward to seeing how my students react to this novel! 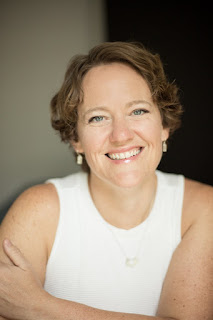 Rebecca K.S. Ansari is a former ER doctor. The Missing Piece of Charlie O’Reilly is her first book. She lives in Minnesota with her husband, four sons, and some seriously massive pets.

Don't miss any pieces of the blog tour!!

Disclaimer - I received an advanced copy of this book from the publisher. I was not required to publish this review, and receiving the copy did not alter my thoughts on the book!
Blog Tour Middle Grades mystery