Slice - Bring the World to the Classroom

We live in an amazing world. I watched endless episodes of Star Trek as a child (I come by my geekiness genetically), and I never would have imagined back then that some of the marvels of technology that Kirk and Spock took for granted would be daily realities for me just a handful of decades down the road.

Those little tricorders have nothing on my fancy phone. Today's cell phones are a lifeline to a world of support. Twitter, Facebook, Instagram - they all give me a way to reach out to family and friends. Even more importantly, they give me a valuable tool to access a personal network of teachers, authors, and colleagues with career information to share with my students.


Last week I had the joy of having my class Skype with a friend of mine who lives in Boston. My students are learning some programming basics (if you are interested, check out the Hour of Code site and the Scratch site created by MIT), and I wanted to give them the chance to hear from someone who not only programs - but programs GAMES for a living. Yes, that's right... my awesome pal Ichiro Lambe has an independent game creation company called Dejobaan Games.


Ichiro and I "met" back in the early 90s when we played an online role-playing game that was entirely TEXT based. Imagine the shock and awe that ran through the crowd when they heard that little tidbit! He's one of many friends that I later met in person, and then kept in touch with over the years. Who says that online friends aren't "real"?

He spent an hour talking to my students about his education, breaking into game design, and the many skill sets that could help them be part of this growing field. Of course, one of the main things THEY remember is that he didn't like school as a kid! I made sure to remind them that he still buckled down and did well enough to get a physics degree at a prestigious college, so they can't use that as an excuse to slack.

I've had my students Skype with authors before (and have two planned this week) but I was so thrilled to give them the chance to interact with someone in another field. Some of my students may become teachers, authors, or illustrators. Some have no desire to end up in those fields. So I was so thankful that my Star Trek like technology is able to not only keep me in touch with friends who live far away, but also helps me bring them into my classroom to help teach my students.


I’m participating in a writing community at Two Writing Teachers. We write about a little "slice of our life" each Tuesday. In March - we attempt to write a slice EVERY day! Head over to their blog for the link up. 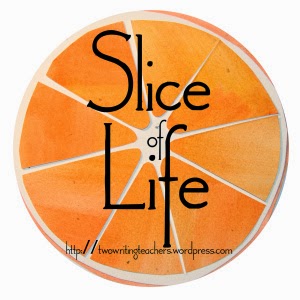 If you stop by and have written your own slice, please leave the link in the comments so I can easily find your post!