Blog Tour and Giveaway - The Riverman interview with Aaron Starmer

Welcome to the Melange stop of The Riverman Blog Tour! I'm delighted to share Aaron's answers to my questions with you today. Reading them made me smile, nod, and chuckle a lot. We share a passion for a certain type of candy. He makes an oblique reference to one of my favorite humorous science fiction novels. He even shares a link to a spooky Halloween story he wrote. Could Aaron be my author soul mate? Read on to find out, and don't miss the giveaway link at the end of the post!


If you had your own world in Aquavania, what might it look like? What kinds of comforts and adventure would you create?

When I was a kid, it might have been a world similar to Fiona's--a tropical paradise full of colorful animals and slides and swings and constant amusements. I grew up in snowy Syracuse, New York, so this makes sense. You want what you don't have. As I've grown older, my world would be more subtle, more personal. My family and friends would be there. I'd be able to travel to my favorite places: New Zealand, the Grand Canyon, London, the Maasai Mara, and those places would be just as spectacular as they are in my memories. I'd get to see new places too, but I wouldn't want full control over them. It's the pleasant surprises that make life so spectacular and bewildering. I'd want wonderful meals. Long lazy nights chatting and laughing. Hiking, reading, watching great movies. Hmmm...sounds like I want to retire, doesn't it?

I’m working with a friend to create a Halloween spooky maze for this year. Do you have a favorite Halloween memory or costume from childhood? Was Halloween an important event for you?

Oh, God. Where to start. Halloween was my favorite holiday for years and years. The idea that pretending was not only accepted, but encouraged, was undeniably attractive to a young storyteller. No costume was my favorite, but I remember being a leopard, a spider, an Ewok, a ninja, a werewolf. The adventures were the most important thing, and I had countless ones in my suburban neighborhood on Halloween night. Harmless mischief, most of it. Shaving cream battles and such. But the Halloween when I was in 5th grade will always linger in my memories, as well as in the stories that I write. I grew up next to a forest that bordered an isolated, dilapidated farm. Most people assumed the farm was abandoned, but there were rumors that the farmer was still there, that he'd gone mad and was holed up in the attic with a gun, that he'd shoot any dog (or person) that stepped onto his property. On Halloween night, sitting on the grass at the edge of the woods, my friends and I made a pact. We decided we'd see if the rumors were true. The next morning, we set out for the farm and...well, it's a long story, but you can read it here.

If you could choose any type of candy to dig out of a basket at Halloween, what would it be?

I loved writing stories about aliens as a child. Did you write when you were younger? Were there any particular things you enjoyed putting into your writing?

I started with a lot of animal stories, adventures mostly. Monkeys were always featured prominently. Then I wrote a lot of spoofs. The first long story I wrote was called "Attack of the Killer Cabbage Patch Kids," which now that I think about it, might be worth revisiting (Hollywood, I'm available whenever you are). In high school, I wrote deadly serious stories, because I thought that to be taken seriously, I needed to be super, super serious. Some of those stories are probably funnier (unintentionally, of course) than my spoofs. These days, my writing combines all those elements, which I think is a good balance. There's always room for monkeys in my stories.

Which of the characters in The Riverman is the most like you? Which is the least like you?

Well, it's hard to deny that Alistair and I share (or shared) a lot of qualities, but I like to think that I can be as brave and resilient as Fiona. I hope people don't think I'm as annoying and obnoxious as Charlie, but who knows. There's a little bit of me in all the characters. That's partly what the book is about. One thing is for sure. I never was, or will be, the smoldering bad boy that Kyle is.

If you had to bury a childhood secret under the Frog Rock, what would it be? Though I suppose you may have to make up a secret so that your TRUE secret stays safe…

I'll tell you a real secret that I've never told anyone. When I was a teenager, I tried to write a novel but didn't get past the first 10 pages. I was proud of it and embarrassed of it at the same time. I decided to bury it in the woods underneath a tree that was shaped like a pitchfork. It would be a time capsule that I could dig up, I don't know, 25 years later, and see how much I had changed as a person and a writer. Did I ever bury it? Well, that I won't tell.


Even though Alistair isn’t excited about school, I love the fact that the principal is portrayed as an ally of the kids. What was your school experience like?

It was fairly typical. I was a good student, but not spectacular. I had friends and knew most of the kids in class but wasn't considered popular, or at least I don't think I was. I managed to stay out of major trouble so I didn't have strong positive or negative feelings about the principal. But I did once shout an off-color joke in the cafeteria and was sent to the principal's office with four of the biggest delinquents who happened to be standing next to me at the time. I admitted to being the smart-ass, but the principal didn't believe me. He thought I had to be covering for the other guys. So yeah, I guess if anything, I was considered "mostly harmless." A lot like Alistair. 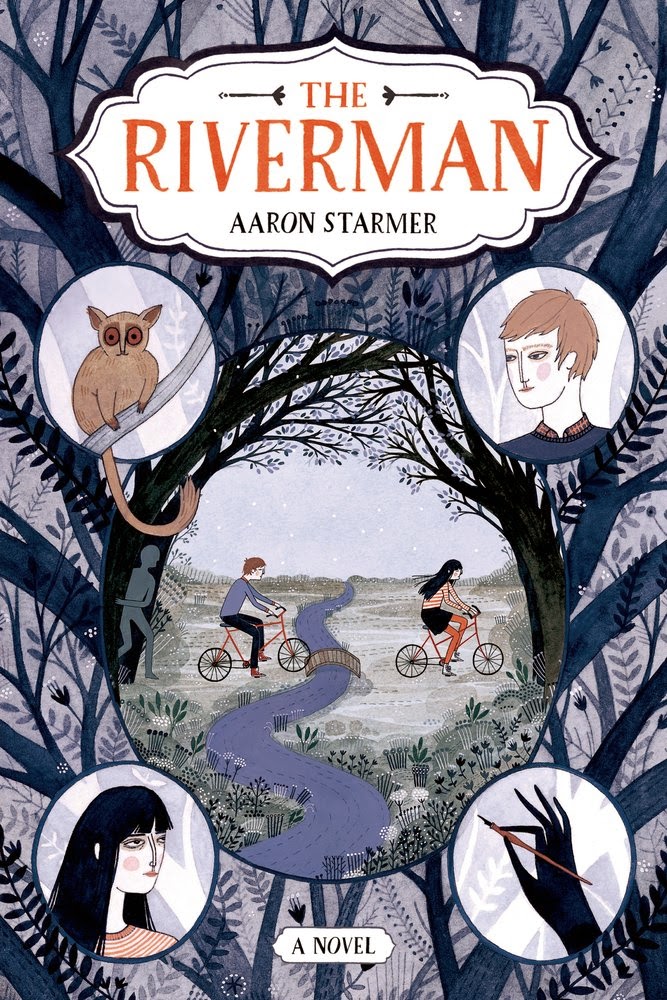 Aaron’s Website: http://aaronstarmer.com/
Aaron on Twitter: @AaronStarmer
Macmillan Kids on Twitter: @MacKidsBooks
About Aaron: Aaron Starmer was born in northern California, raised in the suburbs of Syracuse, New York, and educated at Drew University in Madison, New Jersey. His novels for young readers include Dweeb and The Only Ones, and his travel writing has appeared in numerous guidebooks. He lives with his wife in Hoboken, New Jersey.