New To Who - Geekling Edition


What do you do to watch more Who?
Hook your children on the series!

I had recently started watching the series, and no one else in the house was interested. Then, my older son came home from a sleepover. His friend likes Doctor Who, and they had watched part of an episode. As a huge science fiction and fantasy reader, he was intrigued. He came home and insisted that it was time for him to check it out. 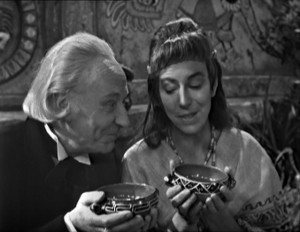 My husband declared that they should start from the very beginning. Netflix to the rescue! We sat down with a bowl of popcorn and clicked "play". The boys stuck with it, and we watched four episodes  before they called it quits.

Perhaps starting with the first Doctor wasn't the best idea. Honestly, even I was a bit confused at first. The special effects were something.. special. I have every intention of going back to watch the older episodes, but this wasn't the way to win the boys over.

So we jumped to the new series for them. Well, *I* jumped. My husband wants nothing to do with the new Doctors. (It may have something to do with his current insane workload, but he also keeps muttering "the Fourth Doctor is the only Doctor" under his breath.)

The third grader had been burned by the black and white series, and opted out of watching "Rose" with me. I was thankful I'd already seen it twice, because my older son likes to comment AND question while he watches television. It was adorable to see his face light up when Eccleston introduces himself to Rose and tells her to

He laughed and smiled at all the same places that made me love the Doctor, which delighted my mother's heart.

When we sat down to watch "The End of the World", my younger son joined in. I guess the laughter and excitement from the first episode convinced him to give the newer series a try. By the time Rose started meeting all the strange looking aliens, he was hooked too.

I made sure we waited to watch "Unquiet Dead" until it was daytime. My older had son had read the basic plotline on my new app, so he wasn't as anxious about it. "Aliens of London" and World War 3 made them giggle at all the fart humor, just as I imagined they would. Our latest episode to watch together was "Dalek", and now they wander the house chanting "exterminate... exterminate".


Just a few days ago, younger requested to watch Rose on his own while eating dinner, since he didn't watch it with us earlier. I think my work here is done. 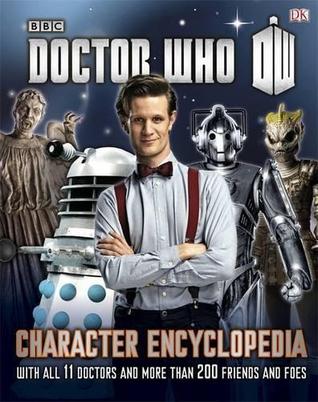 Character Encyclopedia:
You can tell you've gotten them good and hooked when they call you over to the Doctor Who display at the book store. Do they want a stuffed Dalek? Perhaps a keychain version of the TARDIS? No  - they want the character encyclopedia. How can a mom say no to a book?

Here's the problem, though. My boys have no problems spoiling themselves. They read right through the pages, all willy-nilly, and don't seem to care if they hear about plot points early. In fact, as I mentioned above, sometimes it seems to help them cope with the darker elements of the storyline.

What happens, though, is that they blurt things out to me! I keep telling them, "remember, no spoilers!", but they get so excited. I suppose there are worse fates than knowing too soon who becomes the Face of Boe, right?

Have you hooked your own kids on something you love?