I started my Doctor Who Newbie journey by diving into the rebooted series from 2005 with the appearance of the ninth Doctor. I have to admit, the first 20 minutes or so left me feeling skeptical. The manikins coming to life and attacking people seemed over the top silly. About halfway into the episode, though, something changed. I don't know whether it was his delightful grin or something deeper -- but I was hooked.

In fact, in just writing this much of my post so far, I realized that so much of what I enjoyed the first time needed to be repeated. Plus, as a new Whovian convert - it's my geekly duty to try to proselytize the rest of you!

So here I am rewatching the first episode, "Rose".

On this second watching, the start of the episode still seems so goofy. Goofy, with a twist of horror. How's that for fun? Those expressionless manikins encircling Rose are the stuff of nightmares. Yet something about the music keeps the creepy from being overwhelming.

The Doctor seems to relish danger, fighting the manikins with a pleased grin. Our first view of him is a glimpse of him clasping Rose's hand to pull her out of harm's way. His first line? "Run!" Just a few moments later he remembers his manners and introduces himself-- ending with, "Nice to meet you, Rose. Run for your life!" All while grinning that mischievous grin.


Rose:
Not knowing the history of his other companions, I can only observe this character as she is. Rose jumps into the adventure bravely, and seems to take everything that happens with a degree of serenity I'd never manage! The Doctor arrives at her flat and she grabs him, pulls him in, and demands an explanation. Maybe there are other companions that will make Rose look pale in comparison, but for now I'm loving her.

Race in the UK.
I know I've often been told that race relations problem in the United States is not the same everywhere else. Right from the start, I noticed this. Rose and her boyfriend are just that... a couple. If this were a series in in the US, the fact that they are a mixed race couple would become part of the plot line. Here? They are just two people. 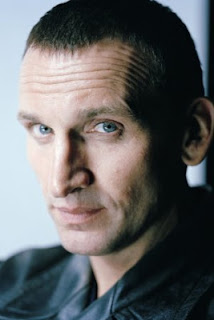 Later, when the Doctor tries to explain to Rose just WHO he is, he says,"I can feel it... the ground beneath our feet is spinning at a thousand miles an hour... we're falling through space, you and me, clinging to the skin of this tiny little world and if we let go..... that's who I am."

He's the path to knowledge, to adventure, to a world that is larger than any we've known before.

THIS is it. This was the moment that hooked me.


The Ninth Doctor is now my doctor, with an impish smile that promises adventure. I've been told that having a Doctor who is MINE makes me an official Whovian. May the TARDIS welcome me home.


Doctor Who Fandoms New to Who Nine Science Fiction Why Sci Fi?