I've been promising to post my thoughts on Eoin Colfer's middle grade science fiction book The Supernaturalist for a few weeks, and I finally got it away from my sons for long enough to finish it. If that's not a good start to a review, I'm not sure what is. I even had to buy our own family copy because we ran out of renewals at the library.

Goodreads Summary: In the future, in a place called Satelite City, fourteen-year-old Cosmo Hill enters the world, unwanted by his parents. He's sent to the Clarissa Frayne Institute for Parentally Challenged Boys, Freight class. At Clarissa Frayne, the boys are put to work by the state, testing highly dangerous products. At the end of most days, they are covered with burns, bruises, and sores. Cosmo realizes that if he doesn't escape, he will die at this so-called orphanage. When the moment finally comes, Cosmo seizes his chance and breaks out with the help of the Supernaturalists, a motley crew of kids who all have the same special ability as Cosmo-they can see supernatural Parasites, creatures that feed on the life force of humans. The Supernaturalists patrol the city at night, hunting the Parasites in hopes of saving what's left of humanity in Satellite City. Or so they think. The Supernaturalist soon find themselves caught in a web far more complicated than they'd imagined, when they discover a horrifying secret that will force them to question everything they believe in. Eoin Colfer has created an eerie and captivating world-part Blade Runner, part futuristic Dickens-replete with non-stop action.


What I thought: The focus in this book is the action. I kept telling myself, "just one more chapter and I'll go to bed". There were twists and turns, secrets revealed, assumptions challenged, and loyalties tested. The futuristic technology, weaponry, and creepy Parasites kept my interest until the end. In spite of those positives, it had some flaws. I felt like the characters were a little too flat and the lessons spelled out a little too clearly. Statements like "Sometimes leaders have to make tough choices, Cosmo thought" (pg 97) were fairly common. With that said, my middle grade sons both adore the book. As the target audience, I think I should trust their glowing reviews.

What my sons thought: My older son book talked it to me multiple times until I began to read it. My younger son used it as his weekly reading response book until he declared that it was "ruining his fun" and he wanted to read without having to write about it. He began several journal entries with the sentence, "The story Supernaturalist is awesome!". I guess that's enough to sell me. I bought a copy that will be heading to my classroom once the younger son has finished it.

Narrator:
The main character, Cosmo, is a boy. While there is one girl in the group he joins, this is definitely a boy heavy book.

Wonders and What Ifs
What if there are creatures living around us that we can't see? (This could lead into some investigation and discussion of things like microbes, too!)


When is it okay to test products on humans? Animals?


Other science things to check out:

For a wonderful post of science fiction/ alien books that includes some old and new selections, check out Teen Librarian Toolbox:
http://www.teenlibrariantoolbox.com/2012/10/trw-it-came-from-outer-space.html?m=0

Google has released a new segment of it's "World Wonders" project, and has gorgeous photos and videos of coral reefs.
http://www.huffingtonpost.com/2012/09/26/googles-underwater-maps-coral-reefs_n_1916040.html?utm_hp_ref=technology

Here is a great post by Phil Plait (aka Bad Astronomer) in which he shares a 14 minute video about the life of a star. I shared it with several students who are researching space.
http://blogs.discovermagazine.com/badastronomy/2012/09/27/the-life-of-a-star-in-14-minutes/ 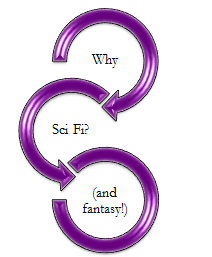